Progenitor of Venetian Terrazzo, the Pastellone has very ancient origins, so much so that examples can be found not only in ancient Venetian Villas but also in buildings from roman and medieval period.

The traditional Pastellone colour is red; originally it was obtained by inserting cinnabar red powders, extracted from a natural stone that was found in large quantities in the mines. Today, to make the classic shade of red Pastellone, brick dust from the demolition of old buildings is used. The modern evolution of ancient Pastellone is Cocciopesto that differs essentially in the polishing process.

Another classic Pastellone colour is yellow, which is obtained using the “land of Siena”.

Danilo Ballaustra manages to create the antique Pastellone thanks to the DB Traditional Collection with which it traces the classic processing phases.In addition manages to propose a modern evolution of Pastellone through DB Teck Collection. With this particular line, it realizes a low thickness Pastellone and satisfies any requirement in the various industrial, commercial and residential sectors, where there are problems of space. 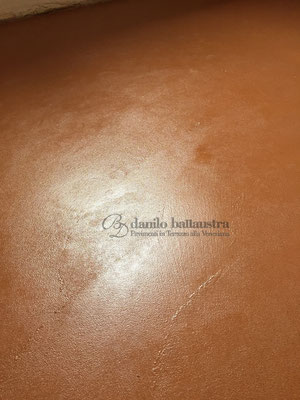 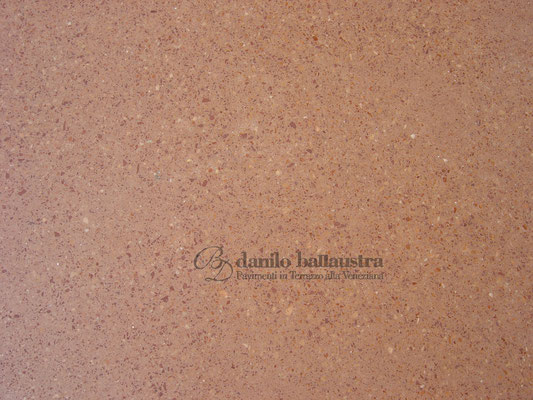 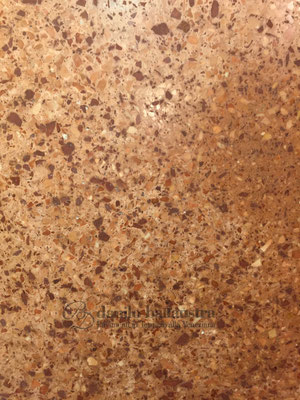 TECNIQUES OF REALIZATION
BACK ON THE COLLECTIONS